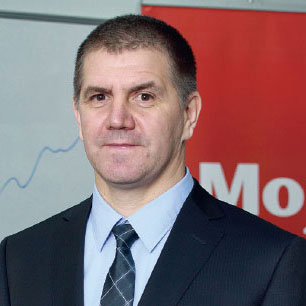 Igor Žonja was born in Zagreb on June 5, 1967. He graduated from the Faculty of Science in Zagreb in 1991. He began his career in the IT sector, first as a programmer, then he established together with a partner the company VIVA info d.o.o. in 1997, where he is still a director. In 2005 he joined Selectio Group and became a procurator in the company Electus DGS in 2007. In 2008 he became the board chairman of the company Tau-on-line d.o.o (MojPosao). In 2011 he became a member of the Supervisory Board of Holding Đuro Đaković d.d. and a member of the Supervisory Board of Varteks d.d. in 2012. In both board he is president of board.